Board appoints next Presidents of Cleveland State Community College and TCAT Elizabethon, and next Vice Chancellor of Business & Finance 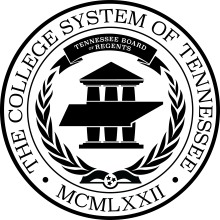 The Tennessee Board of Regents today appointed the next Presidents of Cleveland State Community College and Tennessee College of Applied Technology Elizabethton, and the system’s next Vice Chancellor of Business and Finance – all who will succeed officials who are retiring this summer.

In a special called meeting this afternoon, the Board appointed:

Dr. Ty A. Stone as the next president of Cleveland State. 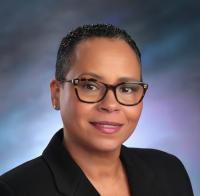 She will succeed Dr. Bill Seymour, who is retiring after leading the college for 8½ years and more than 43 years in higher education. Dr. Stone has been president of Jefferson Community College in Watertown, N.Y., since 2017 and previously served in the leadership of Sinclair Community College in Dayton Ohio, from 2010 to 2017, including vice president for strategic initiatives and vice president for business operations.

Dr. David J. Hicks as the next president of TCAT Elizabethton. 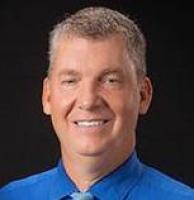 He will succeed President Dean Blevins, who is retiring after 13 years of leading the college and 35 years in career and technical education. Dr. Hicks has been superintendent of Bremen City Schools in Bremen, Ga., since 2010 and was previously superintendent of Hart County Schools in Georgia from 2007 to 2010.

Alisha Fox as TBR Vice Chancellor of Business and Finance. 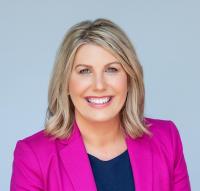 She will succeed Danny Gibbs, who is retiring after five years as the system’s chief financial officer and 39 years of service to the state and the College System of Tennessee. She has been vice president of finance and chief operations officer at Cleveland State Community College since 2018. She earlier served as the college’s interim vice president and assistant vice president of finance and operations, director of fiscal services, and director of purchasing and contracts.

All three were recommended to the Board by TBR Chancellor Flora W. Tydings, following months-long searches led by search advisory committees which selected and announced multiple finalists for each position.

For the two presidencies, each search committee included members of the Board of Regents, representatives of the colleges’ faculty, staff, students and alumni, and community and business representatives from their regions. Public forums with the finalists were held on the two main campuses. Afterward, the chancellor further interviewed the finalists and reviewed public and campus input in making her recommendations, which were announced earlier this month.

“We are thrilled to have each of these three join our system,” Tydings said. “The new presidents appointed today will have big shoes to fill but I’m confident that Dr. Hicks and Dr. Stone will lead their campuses toward even greater student success and with a focus on serving their communities. And Dr. Fox has the knowledge and experience to be a great chief financial officer for our system. The search committee members could not have done a better job.”

Board Vice Chair Emily Reynolds thanked all search committee members for their diligence and work. “This is always one of our most important responsibilities and we take it very seriously.”

Board members unanimously approved each of the appointments.

Stone said, “I am deeply honored to be confirmed by the Board of Regents as the next president of Cleveland State Community College. I am excited to join the community and am looking forward to supporting and advancing the educational priorities of the state of Tennessee and working toward the success of our students. I was moved by the commitment and engagement of everyone who served on the search committee, and it validated for me that Cleveland State is a very special place.”

“TCAT Elizabethton has an excellent track record of preparing and placing students in productive and thriving job opportunities,” Hicks said. “Working together, I'm confident we will build on that success. I look forward to immersing myself into the important work of preparing our students. Collectively, we will continue and seek ways to ever improve upon the role we play in developing a well skilled workforce that enhances economic development for Northeast Tennessee communities. I am thankful to Chancellor Tydings and the Board of Regents for this opportunity, and I'm ready to get to work."

Said Fox: “I’m really excited to get to work to serve you all, our 13 community colleges and the colleges of applied technology. It’s an honor and I can’t wait to get started.”

Stone earned a Doctor of Philosophy in organization and management at Capella University, a Master of Business Administration with a concentration in organizational strategy at Trinity University, and a Bachelor of Science in Business Administration at Washington Adventist University. She is a veteran of the U.S. Air Force and twice was named to the City & State New York Higher Education Power 100 list of higher education leaders, public officials and philanthropists in New York State. Her complete resumé and more information about the search process are available on the TBR website at https://www.tbr.edu/hr/executivesearches/president-cleveland-state-community-college.

Hicks earned a Doctor of Education degree and a Master’s degree, both in educational leadership, from Valdosta State University, and a Bachelor of Science in history/secondary education at Georgia Southwestern State University. He began his education career as a high school social studies teacher, and worked as an assistant principal and principal in Georgia public schools. His complete resume and other information about the search are posted on the TBR website at: https://www.tbr.edu/hr/executivesearches/president-tcat-elizabethton.