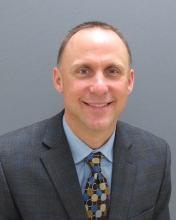 Anthony (Tony) Miksa, current vice president at McHenry County College in Crystal Lake, Ill., will be recommended by Tennessee Board of Regents Chancellor David Gregory as the next president to lead Walters State Community College.

The recommendation will go before the Board during a special called telephonic meeting on Friday, May 27, at 2 p.m. EDT/ 1 p.m. CDT.

Miksa, who has led the Academic and Student Affairs division at McHenry since 2009, has more than 20 years of teaching, student service and leadership experience at several community colleges in Illinois. At McHenry, he has directed and encouraged the growth of new academic programs and delivery methods, increasing student access. He has supported fundraising for academic equipment, helped facilitate efforts to better prepare high school students for college study, and restructured student success initiatives to increase student success rates and credentials awarded.

That breadth of experience, including an emphasis on student service, success, retention and graduation rates will allow him to continue Walters State’s trajectory toward achievements on the statewide Drive to 55 initiative, according to Gregory.

“Dr. Miksa’s development and growth as a community college leader is grounded in his early career as an admissions counselor and faculty member, and enhanced through his academic administrative experience,” said Gregory. “He understands students and what it takes to support their success. He knows the importance of collaboration with faculty and staff to showcase the college’s accomplishments. And he recognizes the value of community engagement to reach new goals. I believe he is the right choice to lead Walters State.”

Before joining McHenry, Miksa was dean of Mathematics, Science, Engineering and Health Professions at Elgin (Ill.) Community College from 2006-2009. He was dean of a similar program at Kishwaukee College in Malta, Ill., from 2001 through 2006, a position he earned after serving as a tenured mathematics instructor and assistant basketball coach at the college since 1997. His higher education service began as an admissions counselor at Mount Mercy College in Cedar Rapids, Iowa, from 1995-1997.

Along with many college committees, Miksa has served in a variety of community and civic organizations, including Homebound Ministries, Senior Services Associates, McHenry County Superintendents Organization, and St. Rita’s Catholic Church, among others.

His complete application materials are available at http://tinyurl.com/MiksaWS

Walters State’s current president, Wade McCamey, previously announced his plan to retire on June 30 after leading the college for 10 years. Miksa will begin his service at Walters State on July 1.

Walters State Community College is a public, comprehensive, multi-campus college offering associate degrees and certificates in a learning-centered environment. The main campus is located in Morristown, Tenn., with additional campus locations in Sevierville, Greeneville and Tazewell. Walters State has been ranked as one of the most tech-savvy community colleges in the country and recognized as an Apple Distinguished Program.

The May 27 meeting is open to the public and the press. Those wishing to dial in to listen should contact Sonja Mason at sonja.mason@tbr.edu or 615-366-3927 before 5:30 p.m. EDT May 26. Anyone with a disability who wishes to participate should use the same contact to request services needed. Contact may be made in person, by writing, by e-mail, by telephone or otherwise.

The Tennessee Board of Regents is among the nation’s largest higher education systems, governing 46 post-secondary educational institutions. The TBR system includes six universities, 13 two-year colleges and 27 colleges of applied technology, providing programs across the state to nearly 200,000 students.