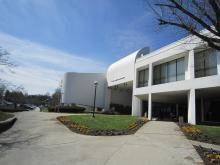 Three finalists have been named to the short list of candidates in line to become the next president of Walters State Community College in Morristown. Each will participate in campus forums and community receptions next week.

The finalists’ application materials are available to view on the Presidential/Executive Searches website at http://TBR.edu/WSCCpresident. Detailed campus visit schedules will be posted on the website as soon as they are finalized.

During their campus visits, the finalists will each participate in meetings and open campus forums for a variety of constituent groups, including faculty, staff, students, alumni and the community. The campus forums will be streamed live online via links available on the presidential search website at http://TBR.edu/WSCCpresident. Receptions for alumni and community members will also be scheduled.

The search committee’s charge is to identify and interview finalists for the position of president. After the campus visits, Tennessee Board of Regents Chancellor David Gregory will gather feedback from committee members and make the final selection for recommendation to the Board for approval. The committee worked with executive search firm Greenwood/Asher & Associates to help identify a broad range of highly qualified candidates from around the country. Thirty-six applications were received.

Walters State’s current and third president, Wade McCamey, previously announced his plan to retire June 30 after leading the college for 10 years. The new president is expected to be selected before he leaves office.

Walters State Community College is a public, comprehensive, multi-campus college offering associate degrees and certificates in a learning-centered environment. The main campus is located in Morristown, Tenn., with additional campus locations in Sevierville, Greeneville and Tazewell. Walters State has been ranked as one of the most tech-savvy community colleges in the country and recognized as an Apple Distinguished Program.