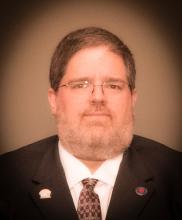 Tennessee SkillsUSA today announced its college Chapters of Excellence for 2020 at nine Tennessee Colleges of Applied Technology and the Advisor of the Year.

The five Gold Award Chapters of Excellence winners are the Tennessee Colleges of Applied Technology at Pulaski, Paris, Chattanooga, Memphis and Knoxville (ranked by order of their scores in the competition).

In addition, Rob Alford of TCAT Pulaski is the Tennessee SkillsUSA Postsecondary Advisor of the Year. Alford is special industry training and evening program coordinator at TCAT Pulaski, where he has also served as lead advisor for the top-ranked SkillsUSA chapter for two years.

The Chapter Excellence Program (CEP) is a state and national recognition designed to implement the SkillsUSA Framework, which ensures students develop employable skills and are career-ready. CEP is focused on the learning and skills developed by students as a result of chapter involvement rather than honoring chapters simply by the number of activities they engage in throughout the year. The focus is on personal skills, technical skills grounded in academics, and workplace skills.

“These chapters define excellence,” said Joy Rich-Washburn, director of experiential learning and postsecondary SkillsUSA state director at the Tennessee Board of Regents. “The Chapters of Excellence will share their best practices for student success and serve as models for other chapters to emulate in strengthening their local programs. We congratulate our SkillsUSA chapters on a job well done.”

Alford is a Tennessee native who earned a Bachelor of Science degree in Mechanical Engineering at the University of Alabama. He has more than 25 years of manufacturing engineering experience and has been special industry training coordinator at TCAT Pulaski for three years.

“At TCAT Pulaski, we do our best to make sure each SkillsUSA chapter activity is intentionally planned around the SkillsUSA Framework and Essential Elements,” Alford said. “These teaching tools form a foundation for each project we undertake.”

He cited as an example the chapter’s 2020 voter registration drive. “The purpose of this activity is to instill in students a twofold sense of responsibility. First, to show each student that it is the responsibility of each American citizen to participate in government by choosing government officials at all levels. Second, to demonstrate how each team member is responsible for completing their assigned tasks, assisting in campus activities, and promoting TCAT Pulaski, SkillsUSA, and Career and Technical Education as an effective means of building their chosen career,” Alford said.

Rich-Washburn said she “highly recommended Rob Alford as our advisor of the year not only for his outstanding dedication to his students, his institution and to SkillsUSA, but his overarching principles of humanity as a person who is always looking to give, to lead and to serve others in any capacity. Rob Alford represents what it is to be a true champion.”

All 27 public Tennessee Colleges of Applied Technology, along with the state’s 13 public community colleges, are part of the College System of Tennessee, governed by the Tennessee Board of Regents.

SkillsUSA is a national membership association serving high school, college and middle school students who are preparing for careers in trade, technical and skilled service occupations, including health occupations, and for further education. It empowers members to become world-class workers, leaders and responsible American citizens. More than 365,000 students and advisors join SkillsUSA each year, organized within more than 19,000 local classrooms at 4,600 schools in 53 state and territorial associations. SkillsUSA has served more than 13.5 million members since its founding in 1965.