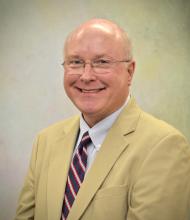 In his new role, Locker will coordinate and support communications, marketing, and web and digital media for the Board of Regents, which is the governing board for the state’s university and college system. The communications team is a division of the Office of the Chancellor.

Locker comes to TBR after nearly 34 years at The Commercial Appeal, the main daily newspaper in Memphis. For 33 of those years, he worked in the newspaper’s Nashville bureau, primarily covering state government.  For the last two years, he also reported from Nashville for the Knoxville News Sentinel, a sister newspaper.  When The Tennessean’s parent company Gannett acquired the Knoxville and Memphis newspapers earlier this year, his work also appeared in the Nashville daily.

“I’m excited about my new role at the Board of Regents, especially during a time of transition in implementing the FOCUS Act and Gov. Bill Haslam’s Drive to 55 initiative,” Locker said. “I’m honored that Chancellor David Gregory asked me to join his staff and help support TBR’s essential mission: educating students to ensure a brighter future for them and for Tennessee. I’m joining a great team at TBR.”

Locker also previously worked for the Nashville’s former daily newspaper Nashville Banner and The Knoxville Journal. He earned a B.S. in communications from the University of Tennessee Knoxville.