NASHVILLE, Tenn. (March 2, 2016) — A task force appointed to research safety and security on public universities and colleges kicks off this week at the Tennessee Board of Regents.

“High profile incidents at colleges and schools around the country, while rare, still make us think about safety and security at our institutions and encourage us to be proactive in planning,” said Gregory. “Our campuses are safe, but we always want to ask ourselves how we can make them more secure for our students, faculty and staff. We have assembled a strong team of people to do that.”

The TBR Campus Safety and Security Task Force will meet Friday, March 4, in Nashville to begin its work evaluating best practices around the country, reviewing current campus practices and resources, identifying areas of greatest need for support, and making recommendations for realistic opportunities for improvement in a report to the Board in September.

Gregory will encourage the task force to identify ways for TBR institutions to collaborate and share resources when possible. 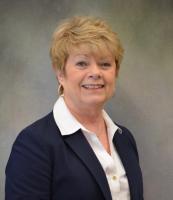 The task force will be led by three co-chairs, each representing a different sector and functional unit of the various TBR institutions:

Other members of the task force include