Tennessee Board of Regents votes unanimously to appoint Dr. Flora Tydings as next chancellor of the TBR system 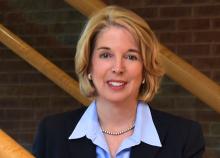 The Tennessee Board of Regents voted unanimously today to appoint Dr. Flora Tydings as the next chancellor of the Board of Regents system – its ninth chief executive officer since the system’s creation in 1972.

She will assume her new duties as effective Feb. 1, leading the Board of Regents system as it transitions under the FOCUS (Focus on College and University Success) Act and continues its major role in the state’s Drive to 55 initiative -- to increase the number of working-age Tennesseans with post-secondary degrees, diplomas or certificates from the current 38 percent to 55 percent by 2025.

“It is truly my privilege to accept this appointment and it is with sincere gratitude to the Governor, to the selection committee and to the TBR board,” Tydings told the Board after its vote. “It’s an honor to serve the State of Tennessee as your next chancellor, moving us through the transition of the FOCUS Act and toward becoming the nation’s premier technical and community college system.

“We as a system are going to continue to move toward the direction of inspiring and changing lives -- one student, one family and one community at a time, so I cannot thank you enough for this opportunity,” she said.

Tydings will succeed Interim Chancellor David Gregory, who is retiring after 19 years with the Board of Regents and 34 years in state service.

The Board’s vote caps a search process that began June 24 when it approved new criteria for the chancellor’s position, followed by the appointment of a 16-member search committee chaired by Gov. Bill Haslam, who is also chairman of the Board of Regents. The search committee on Dec. 2 recommended three finalists, including Tydings, for further consideration.

Gov. Haslam on Dec. 21 recommended Tydings for the office and called today’s special conference-call meeting of the Board to consider the recommendation.

During today’s meeting, the governor said, “After a very deliberate search, a lot of thought and much input from the search committee, the TBR system staff, presidents, directors and our campus communities, I am very pleased to bring the recommendation to hire Dr. Flora Tydings as the next chancellor of the Board of Regents, at an annual salary of $345,000 and with standard executive allowances and State of Tennessee employment benefits.”

Gov. Haslam noted that the Board had appointed Tydings to the Chattanooga State presidency on May 27, 2015, and that she has extensive experience in the Georgia system, including service as interim president at two other technical colleges while serving as president at Athens.

Regent Tom Griscom of Chattanooga moved to approve the recommendation and appoint Tydings. He noted that he had served on the search committee that recommended Tydings for president of Chattanooga State. “We’ve had an opportunity to watch her in Chattanooga really pull together a great team at Chattanooga State and watch the relationship with the College of Applied Technology on the same campus grow and benefit our entire region,” Griscom told the Board.

Regent Greg Duckett of Memphis seconded the motion, and the board unanimously approved the appointment in a roll call vote.

After the vote, Gov. Haslam said, “I am really excited to have Dr. Tydings leading our system. We are not backing up at all in our commitment to our community college network and our technical schools. In fact, they are going to be even more critical going forward. We’ve all seen the big bump due to Tennessee Promise but I think the role that these schools will play in the future of our state will increase exponentially as we go forward -- so having Dr. Tydings in this role I think will be a great thing.”

Gregory said that he and Tydings will work together on making a smooth transition in TBR leadership. “We will also work together to name an interim president at Chattanooga State and we’ll appoint a search committee for our next president there,” he said. That will occur after the first of the year.

Tennessee Higher Education Commission Executive Director Mike Krause, a member of the Board of Regents, offered his congratulations to Tydings on behalf of THEC. “We could not be more excited to work with her as we move towards the Drive to 55,” he said.

Gov. Haslam and other board members also thanked Gregory for delaying his planned retirement to serve as interim chancellor at the Governor’s request. “I felt it was important to have somebody with a known and steady hand -- number one because we had a transition coming, but second as everybody knows, the system itself was in the middle of a big change. David, I will always appreciate your willingness to set aside your personal desire to have a little more free time and to serve the system in what will be almost exactly a year,” the Governor said.

Tydings began her career as a professional educator in the Houston County, Ga., school system in Warner Robins from 1976 to 1984. She owned and operated a gift shop for the next six years, then worked as a psychometrist at the Applied Psychology Center in Warner Robins from 1990 to 1994. She was the apprenticeship director for four Georgia public school systems from 1994 to 1996, and also was an adjunct instructor at Middle Georgia College in 1994-95.

Her career in higher education leadership began in 1996 when as director of curriculum and staff development at Macon Technical Institute. She became vice president for academic affairs at Central Georgia Technical College two years later, and served in that position until her appointment as president at Athens Technical College in 2003.

As chief executive officer, the chancellor manages operation of the Board of Regents system and provides strategic leadership in accordance with the Board’s policies and direction and with state law.