Home
/
Office of the Chancellor
/
Communications 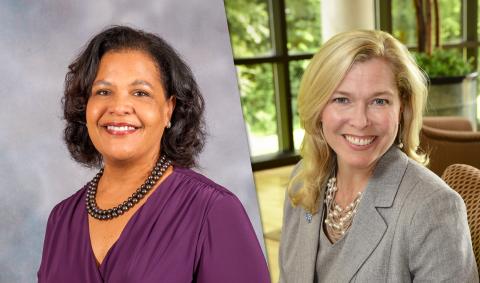 Two Leaders from the College System of Tennessee Selected for the 2018 Class of the Harvard Young American Leaders Program
May 15, 2018 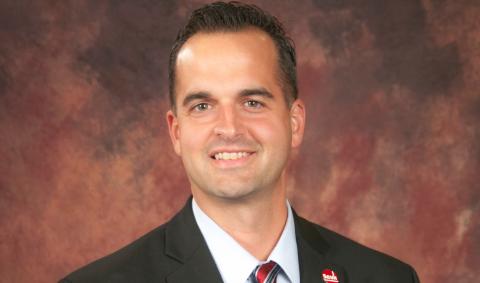 Tennessee Board of Regents to hold special meeting May 30 to consider appointment of new president of Tennessee College of Applied Technology Murfreesboro
May 14, 2018

Tennessee Board of Regents Chancellor Flora W. Tydings will recommend Dr. Jon D. Mandrell for the Murfreesboro presidency at a special called meeting of the board on May 30. Mandrell is currently vice president of academics and student services at Sauk Valley Community College in Dixon, Ill., where he has worked in a number of teaching and administrative roles since 2008. 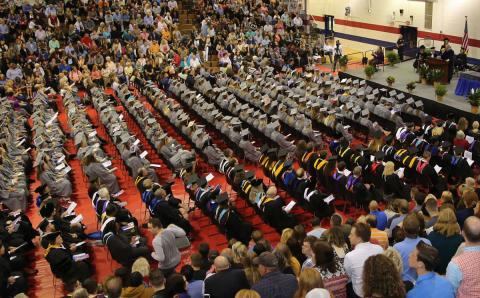 New analysis of first TN Promise class at Tennessee’s community colleges, through its five semesters of eligibility, shows a 52.2% success rate -- students who graduated, transferred or were still enrolled. 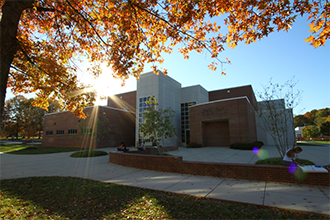 Board's Finance & Business Operations Committee to meet May 18 to continue its discussion of tuition and fees for 2018-19
May 10, 2018

The Finance and Business Operations Committee of the Tennessee Board of Regents will meet by telephone conference call at 9:30 a.m. CT Friday, May 18, to continue its discussion of student tuition and mandatory fees for the 2018-19 academic year. 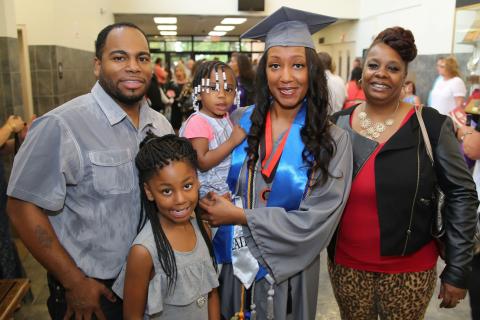 Success stories abound at Commencement ceremonies across the College System
May 8, 2018

Commencement season is in full bloom across the College System of Tennessee as thousands of graduates walk across stages to receive their degrees, diplomas, certificates, pins and other credentials. “Graduation is our highest level of student success,” Tennessee Board of Regents Chancellor Flora W. Tydings said. 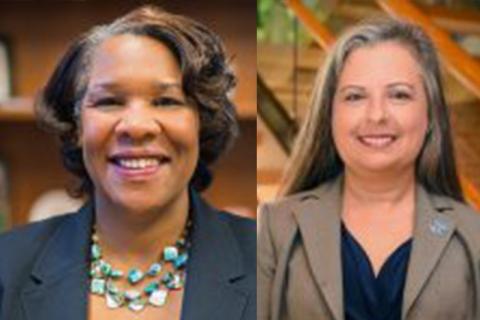 Dr. Shanna Jackson of Nashville State and Dr. Dana Nichols of Chattanooga State are among 40 members of 2018-19 class 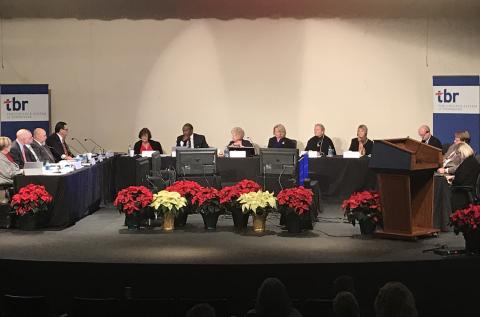 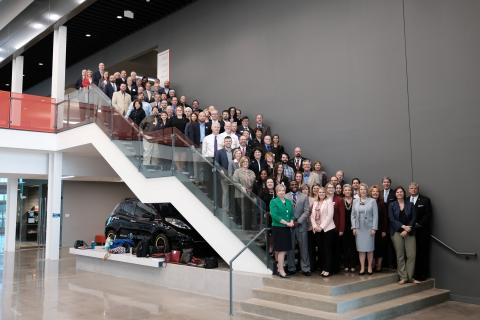 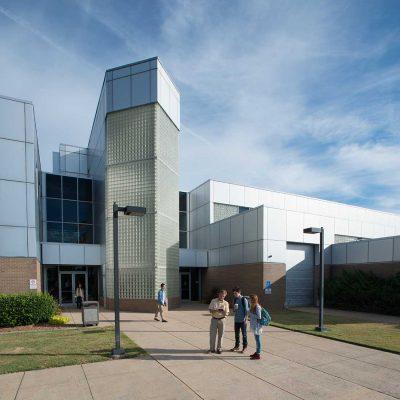 UT Martin’s Jackson Center and Jackson State Community College will host an open house event on Tuesday, April 17. The event will be held at JSCC’s McWherter Center between 10 a.m. and 1:30 p.m. on that day.

In December, UT Martin’s Jackson Center moved from its location on the 45 By-pass to Jackson State’s McWherter Center. The two institutions had entered into an articulation agreement in the fall which ensured a seamless transfer from JSCC to UTM. 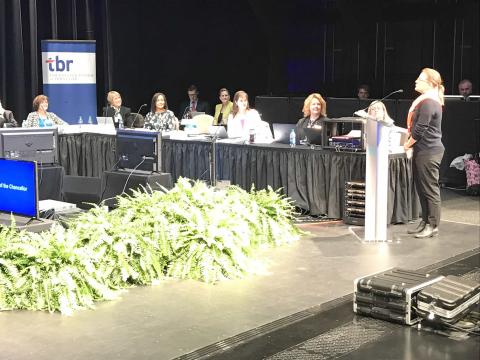 At its quarterly meeting, the Board also acted on several other measures and recognized and heard from its new Outstanding Technical Student of the Year. 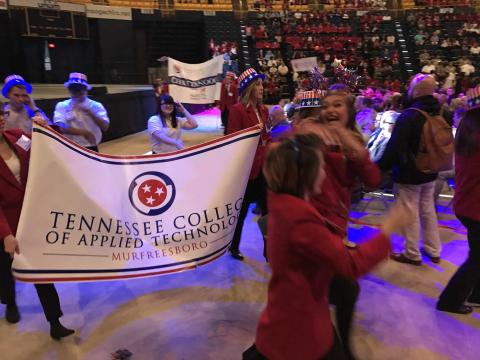 The meeting is scheduled for 1 p.m. in Room 213 of TCAT Murfreesboro’s Smyrna Campus, 663 Ken Pilkerton Drive, Smyrna. The meeting will include a period for public comment, to allow members of the public and college community to express views about the search and characteristics and skills the next president should have. 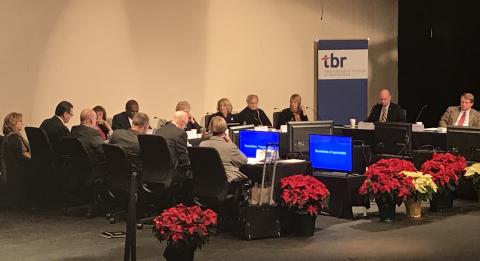 The Board will meet at 12 noon CT at Nashville State Community College, 120 White Bridge Road, in the H Building Theater. 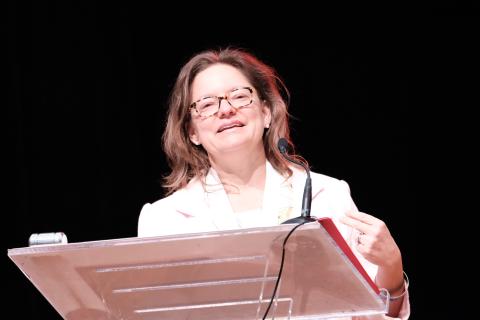 Carrington Fox, a Nashville journalist and mother of three who returned to college to pursue her lifelong dream of building, was named the College System of Tennessee’s Outstanding Technical Student of the Year today. 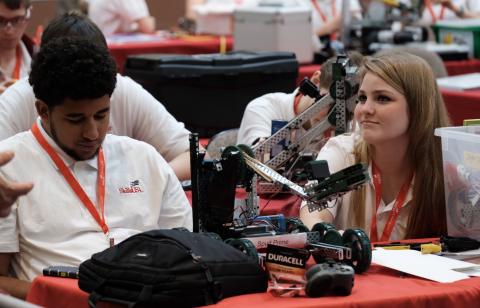 The future workforce of Tennessee will be on full display at the SkillsUSA Tennessee championship competitions in Chattanooga Monday through Wednesday, March 19-21. 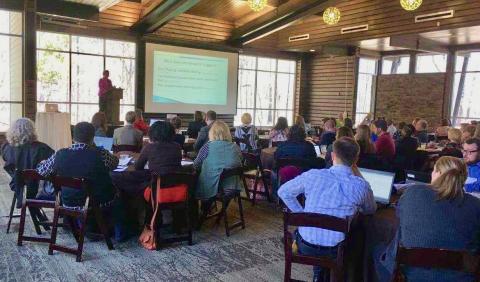 About 90 advisors from Tennessee’s community and technical colleges convened in Nashville to improve their skills in advising adult learners, thousands of whom are expected on campuses when the expanded Tennessee Reconnect program goes into effect with this year’s fall semester. 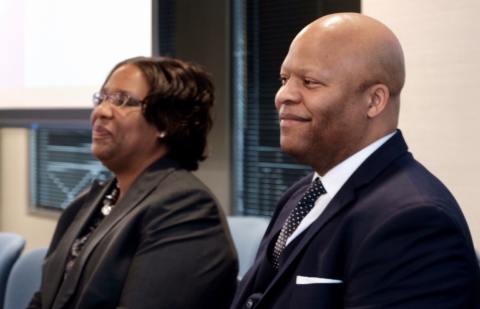 Board of Regents appoints next presidents of Motlow State and Nashville State community colleges
March 13, 2018

Torrence will assume office at Motlow on May 1 and Jackson will begin her leadership of Nashville State on June 1. 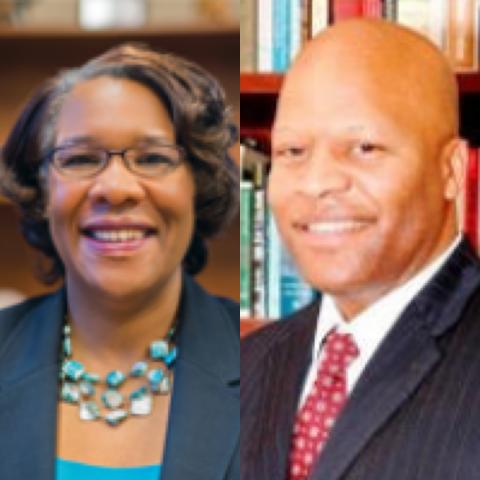 Board of Regents to meet March 13 to consider recommendations for new presidents of Motlow State, Nashville State community colleges
March 6, 2018 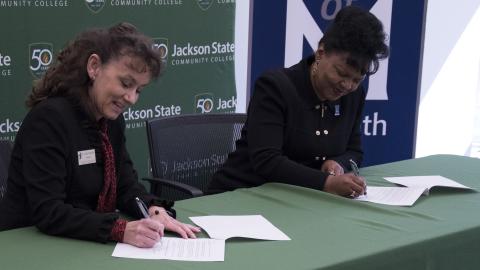 Jackson State Community College and the University of Memphis Lambuth signed a memorandum of understanding on March 3 that makes it easier for students to transfer between the two public institutions.

Dr. Carol G. Puryear assumed new duties today as interim president of the Tennessee College of Applied Technology – Murfreesboro, pending the completion of a search for a new president. Dr. Lynn Kreider retired Wednesday after serving as the college’s president since 2012 and a 25-year career in higher education.