Chancellor Flora W. Tydings recommended both candidates to the board after reviewing input from the two college communities following campus forums last month, and then further interviewing the finalists. Both were among separate sets of finalists selected by search committees at their respective colleges.

“I believe these are the best individuals to lead TCAT Athens and TCAT Murfreesboro, by continuing the good work that is already in progress at both colleges,” Dr. Tydings said. “I believe they can lead our colleges into an even brighter future centered on student success.” Both will take office early in the new year.

Hatto is currently dean for industrial education and workforce training at Montcalm Community College in Sidney, Michigan, where she has worked since 2002. She earned a master’s degree in education from Capella University and a bachelor’s degree in criminal justice from Grand Valley State University. She has completed the coursework and comprehensive exam toward a doctorate in strategic leadership at Liberty University. Her resumé and more information about the college are posted on the TBR executive search webpage for the Athens presidency.

Hatto will succeed President Stewart Smith, who is retiring at the end of the year after 21 years as TCAT Athens’ chief executive officer and 30 years of overall service with Tennessee’s public technical colleges. “I’m honored and blessed to be able to move to Tennessee. I love the town of Athens and I’m super excited to be the next president of TCAT Athens. I look forward to working with the faculty and staff there for the success of our students, and getting to know the people in the community and meeting their needs,” she said.

Wade is currently vice president of the Tennessee College of Applied Technology Knoxville, where he has worked since 2012. He holds a master of science in management and leadership from Western Governors University and a bachelor of business administration in finance from Tennessee Technological University. His resumé and more information about the college are posted on the TBR executive search webpage for the Murfreesboro presidency. 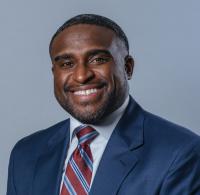 Wade will succeed Dr. Carol Puryear, who retired in September after more than 28 years of service in the TBR system, including two separate tenures as TCAT Murfreesboro’s president and as a vice chancellor at the system office. Dr. Jeff Sisk, executive director of the TBR Center for Workforce Development, is serving as interim president. “Thank you for the trust and the wonderful opportunity to serve the Murfreesboro area and Tennessee. I’m ready to jump in feet first,” Wade said.

The board approved the search criteria for both presidencies in August. Separate search committees at each college reviewed and interviewed candidates before recommending finalists. Search committees were composed of Board of Regents members and representatives of the colleges’ faculty, staff, students, alumni, and the local business and civic communities.

In other action, the Board of Regents – which governs Tennessee’s public community and technical colleges – renamed TCAT Paris as the Tennessee College of Applied Technology Henry/Carroll, effective in May 2023. The new name is part of the merger of TCATs Paris and McKenzie, which will have the same name when the merger is completed in 2024. The new name reflects the home counties, Henry and Carroll, of the two campuses.

The board received several informational reports and updates from system office staff, including:

The meeting, held Dec. 1 at the TBR system office in Nashville, was live-streamed and is archived on the TBR website at https://www.tbr.edu/board/december-2022-quarterly-board-meeting. The full agenda, executive summary and detailed board materials are posted at the same link.