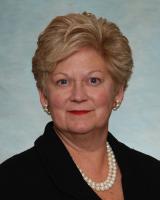 Reynolds was formerly the Senior Vice President of Government Relations for the Tennessee Valley Authority, serving there for just over six years. She has an extensive career in public service dating back to 1980.From 2003 to 2007, she served as the 31st secretary of the U.S. Senate, where she managed the legislative, financial, and administrative operations of the Senate.

In 1995, Tennessee Governor Don Sundquist appointed Reynolds to serve as the vice chairman and executive director of the Governor’s TennCare Roundtable.  Later that year, Reynolds was named state director for U.S. Senator Bill Frist of Tennessee.  Working out of Nashville, she managed Frist’s state operation of six offices.

Reynolds became chief of staff for Senator Frist in 2001.  Located in Washington, D.C., she supervised the senator’s Washington and Tennessee offices, with overall responsibility for the management and coordination of staffing, legislative activity,  communications, constituent relations, and scheduling.

A native of Nashville, Reynolds is a graduate of Stephens College in Columbia, Missouri.