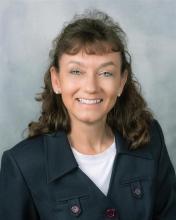 Dr. Allana Hamilton was appointed Vice Chancellor for Academic Affairs by the Tennessee Board of Regents, effective October 2019. She began her career as an adjunct professor of biology in 1991 at Northeast State Community College, where she became a full-time faculty member the following year and rose through the ranks to become the college’s vice president of academic affairs in 2008. She served in that role until January 2017 when the Board of Regents appointed her the fifth president of Jackson State Community College. As president, she maintained an open-door policy to improve campus communications and built the college’s relationships with the community and with universities across the region, signing articulation agreements with them that paved the way for JSCC graduates to advance their educations. She was presented the Jackson Award for her service to the community. Dr. Hamilton earned her Bachelor of Science degree in biology at Tusculum University, her Master of Science in biological sciences at East Tennessee State University and her Doctor of Education in educational leadership and policy analysis at ETSU.